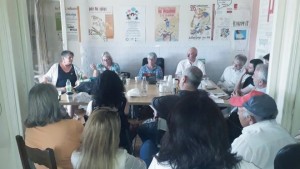 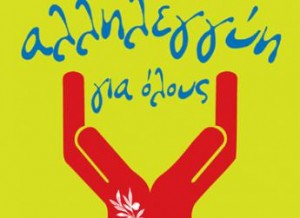 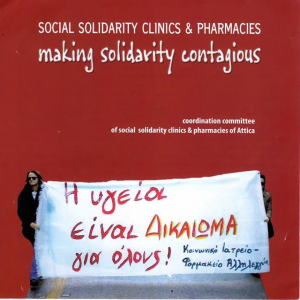 A  fourteen- strong delegation from the Greece Solidarity Campaign visited Athens June 2-4 2019.  The aim of GSC Solidarity delegations to Greece is to enable a range of UK based politicians, trade unionists and activists to see first-hand and learn about the situation in Greece, by meeting key actors within the radical scene and to explore future solidarity links with their Greek counterparts.

This was the 9th solidarity delegation to Athens and focused on how Greece was emerging from the formal end of the Troika Memoranda regime and on the ongoing refugee situation. Julie Ward MEP ( N.W. England) joined local councillors from Haringey and Redbridge, a Kent county councillor, activists from Unite the Union, Hackney and Hornsey Labour Parties, a Kurdish solidarity campaigner and refugee rights lawyer on the GSC delegation.  They met with Syriza government ministers, the leader of the Piraeus dockworkers’ union, activists from the committee of social solidarity clinics and pharmacies, Solidarity for All,  refugee legal services, KEERFA anti-fascist organisation and with local mayors. They visited a refugee advice centre and a Nikaia solidarity market (without middlemen). Julie Ward MEP also met with the Foreign Secretary Giorgos Katrougalos and with Magda Fyssas, mother of Pavlos Fyssas, the young musicain murdered by fascist thugs involved in the Golden Dawn trial