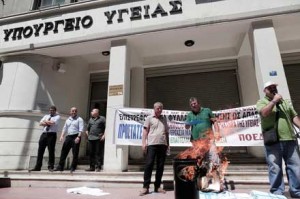 Doctors at Greek state hospitals are lodging a mass  appeal against cuts to their salaries that have been imposed as part of  troika-mandated reforms over the past two years.