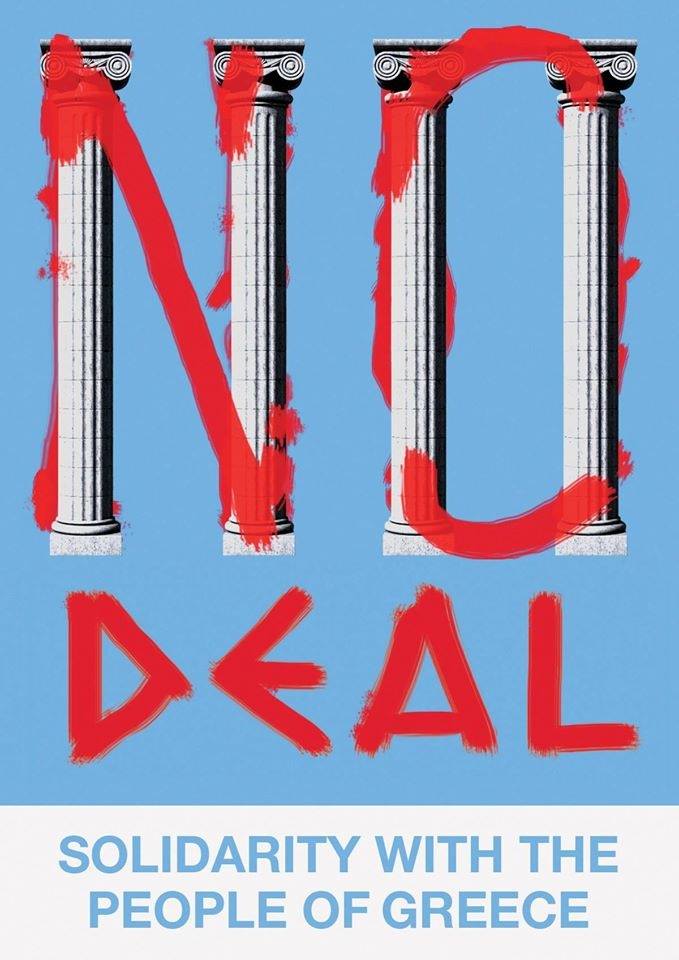 The European Central Bank has cut funding to Greece’s banks – an act of financial war against Greece intended to provoke the collapse of its banking system and prevent it from holding a referendum. All carried out by unelected technocrats with no mandate from anyone.

Come to Trafalgar Square at 6pm on Monday 29 June and say No to austerity, Yes to democracy!