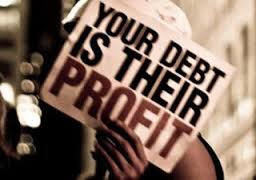 Cancelling the majority of the Greek sovereign debt is an overdue necessity. This was the conclusion of a European conference on debt held in Athens at the start of May 2014. The concluding statement published by the Greek Debt Audit campaign made this clear:

‘The debt crisis has acted as a lever to dismantle labour rights and transform Greece into a creditor’s colony. The increase of unemployment to 27%, the reduction of wages and pensions by 40% on average, the explosion of over 6000 recorded suicides, and the migration of young people, reaffirm the severity of the social conflict, created by offloading the bill of the crisis onto the 99%. The responsibility is shared by Greek governments and creditors alike (both the private financial sector and the official creditors: IMF, EC, ECB), who exploited the fiscal crisis to safeguard their profits. This led to an increase in debt, to 175% of GDP and an increase of the fiscal deficit, to 12.% of GDP in 2013.

The initiation of the euro zone discussions on the 5th May should be a cause for concern, as the protagonists’ previous actions (such as the PSI, the debt buyback in November 2012 etc) have repeatedly deepened the crisis, as their interests remain diametrically opposed to those of society.

The only solution is to create an independent debt audit commission which will substantiate the need to cancel the majority of sovereign debt, beginning with the TroikaTroikaTroika: IMF, European Commission and European Central Bank, which together impose austerity measures through the conditions tied to loans to countries in difficulty.’s own loans, which amounts to over two thirds of the total. Such a cancellation should occur on the terms of a sovereign state, and not on the creditor’s terms. There are positive precedents from the countries which have concluded cancellations, such as Ecuador, Russia, Iceland etc.

Cancelling the majority of sovereign debt is an overdue necessity that can create conditions to enable improvements to working people’s situations, support social spending (in health, education, culture etc) and conclude wage and pension increases. Cancellation can be substantiated through notions and legal principles regarding odious debt, the ‘state of necessity’, and by examining the extent of the humanitarian crisis. All that is needed is the political will.

The Greek Debt Audit Campaign will step up its activities in the near future to hamper the attempts by the creditors to restructure Greek debt (e.g. by extending the repayment dates) by transferring the burden of repayment onto future generations, and will strive to make the issue of debt cancellation a popular concern.

This entry was posted in Archive, Comment, News, Reports. Bookmark the permalink.