Frances O’Grady,Trade Union Council (TUC) : Why the Greek Elections are so important – for the Greeks and Europe as a whole 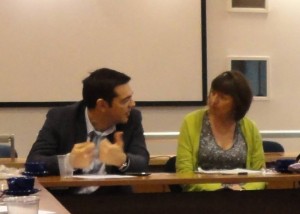 This Sunday, the Greek people go to the polls in what must be one of the most important elections not just for Greece but for Europe as a whole. What is at stake is the future of democratic control of the economy, and the European establishment’s love affair with austerity.

Nowhere in Europe has suffered so much from the after-effects of the global financial crisis. The austerity programme imposed on the Greek people by the troika of the IMF, the European Central Bank and the European Commission has seen unemployment rocket to 25% (and more than 50% among young people), the minimum wage and pensions slashed, public services sold off and in some cases – eg Greece’s public service broadcaster – shut down. Many Greek people have been left destitute, homeless and fearing for their futures. Some have left the country or abandoned their hopes of starting a family.

Above all, these changes have undermined democratic control in the country known as the birthplace of democracy – something that has helped the neo-nazi thugs of Golden Dawn grow. Unelected forces from outside the country have dictated the terms on which the Greek government and economy can continue to function. Labour’s equivalent in Greece, PASOK, has all-but collapsed under the strain. Collective bargaining has been undermined, and the unions’ role reduced to fire-fighting, resisting closures, sell-offs and attacks on living standards.

For the rest of us in Europe, the elections on Sunday are important because they could see the rejection of austerity and renewed discussion of the sort of sustainable investment plans that the ETUC has advocated. The IMF has – astoundingly without showing any remorse – accepted that the levels of austerity they helped impose on Greece were based on flawed economic models. Every serious commentator I know acknowledges that, somehow, Greece’s debt needs to be reduced, and that continued austerity in Greece is not the answer. That means some form of rescheduling the debt, including debt forgiveness, must be arranged, and the infamous Memorandum under which Greek national sovereignty and economic sustainability was removed needs to be replaced.

The costs of the global economic crisis need to be shared more fairly, and of course, there are problems in Greece that exacerbated the crisis, and are not externally imposed. Public debt was too high before the crisis. But that wasn’t the fault of the people who are now paying for austerity: Greece needs to address the oligarchy that led it down the ruinous path it was already following before the global financial crisis hit, and whose members have so far not had to pay the price.

Although the Greek people have suffered most under austerity, if they reject it that will have repercussions in forthcoming elections across Europe – starting with Spain – because austerity is hitting everyone (arguably it already hit Germany in the last decade when pay growth stagnated and the sort of low paid jobs we are used to in the UK spread to Europe’s richest economy.) The UK’s working poor and middle classes have also suffered from the ideological craze for slashing the state back to the size it was in the 1930s, the spread of low-productivity and zero hours jobs, and stagnating wages.

Now every poll shows Syriza, the left party headed by Alexis Tsipras, who I met last year, in the lead. Some European politicians have, disgracefully, been threatening the Greek electorate with dire consequences, including expulsion from the Eurozone, if they dare to vote the wrong way! There are powerful forces mobilising against the interests of the Greek people. So if they choose an alternative path on Sunday, they will deserve and need our support and solidarity.

Frances O’Grady: Greek Elections: Could the Greeks bring us Gifts this Sunday? Touchstone Blog from the TUC 20.January 2015

In Greece the left-wing anti-austerity party SYRIZA stands on the verge of being elected into office in the general election on January 25th. The Greece Solidarity Campaign is organising this public meeting to discuss the results of that election.. Speakers will include leading members of SYRIZA, Marina Prentoulis and Stathis Kouvelakis who will be travelling directly from the elections and will be able to give a first hand account of the campaign and of the results. Also speaking will be Paul Mackney and Kate Hudson from GSC  and the writer Tariq Ali. We are also honoured that the TUC President Leslie Manasseh has agreed to speak on behalf of the TUC.  Register here

News in English from Greece on Sto Kokkino 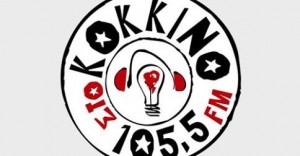 This entry was posted in Archive, Comment, Events, News. Bookmark the permalink.

One Response to Frances O’Grady,Trade Union Council (TUC) : Why the Greek Elections are so important – for the Greeks and Europe as a whole