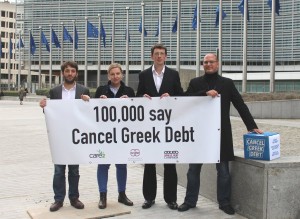 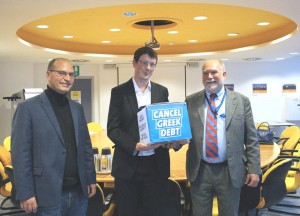 Over 100,000 people signed the Europe-wide petition calling for the cancellation of the Greek debt which was presented to Thomas Wieser, Chair of the Eurogroup Working Group in Brussels on November 4th 2015  The representatives of Jubilee Debt Campaign and Eurodad who met with Thomas Wieser made the following points:

Interested in hearing speakers and discussions on these issues? – Come to the free conference Life Before Debt – Organising to overcome the power of finance  – Saturday November 14th, London.  Full details here.