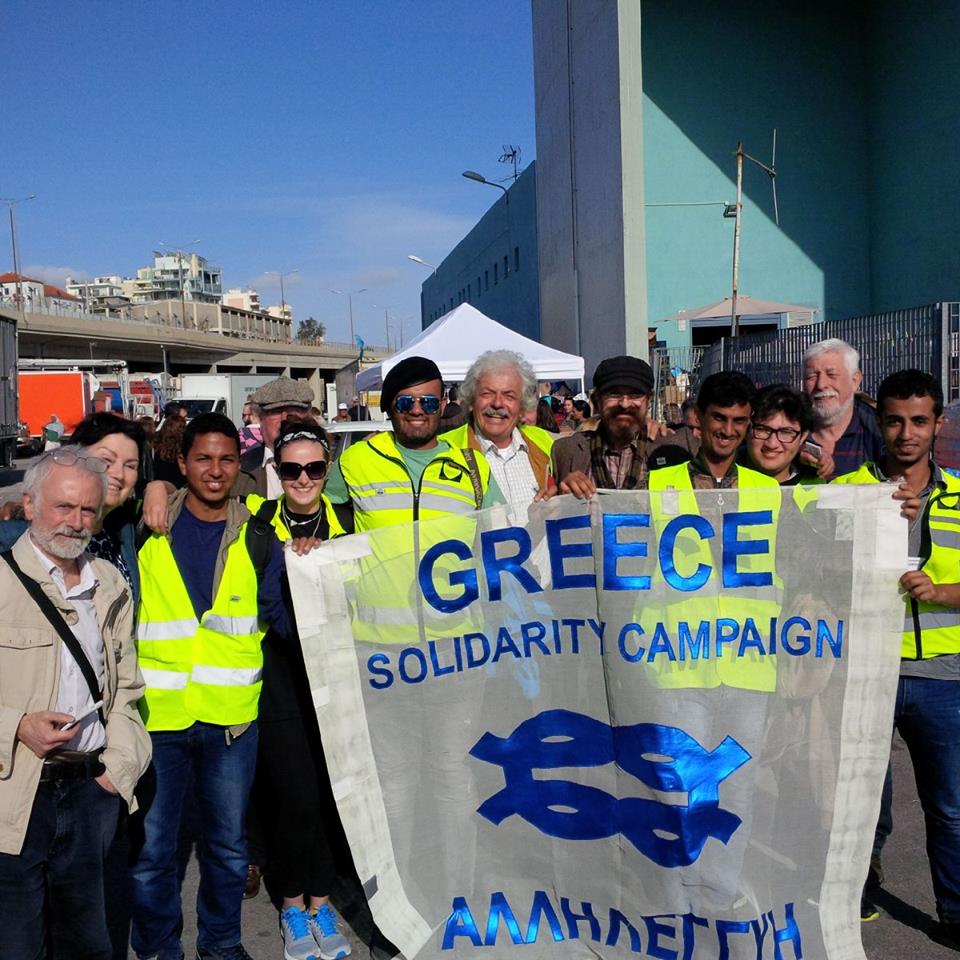 The Greece Solidarity Campaign’s latest 17-strong delegation visited Athens from March 6th- 8th, pictured here in the docks of Piraeus with volunteers who work with the refugees.

The situation in Greece is dire. The decision of the Austrian government to close its border with its neighbours and only admit 80 refugees a day, intensifies the humanitarian crisis in Greece where thousands of migrants fleeing persecution and war arrive every day. The Greek government has taken the unprecedented decision to recall its ambassador from Austria and refused a visit from the Austrian minister.

The decision by the Former Yugoslav Republic of Macedonia to follow Austria but with the added brutality of tear gas attacks on desperate people fleeing for safety adds a further twist to the misery of these predominantly Syrian and Afghan refugees. 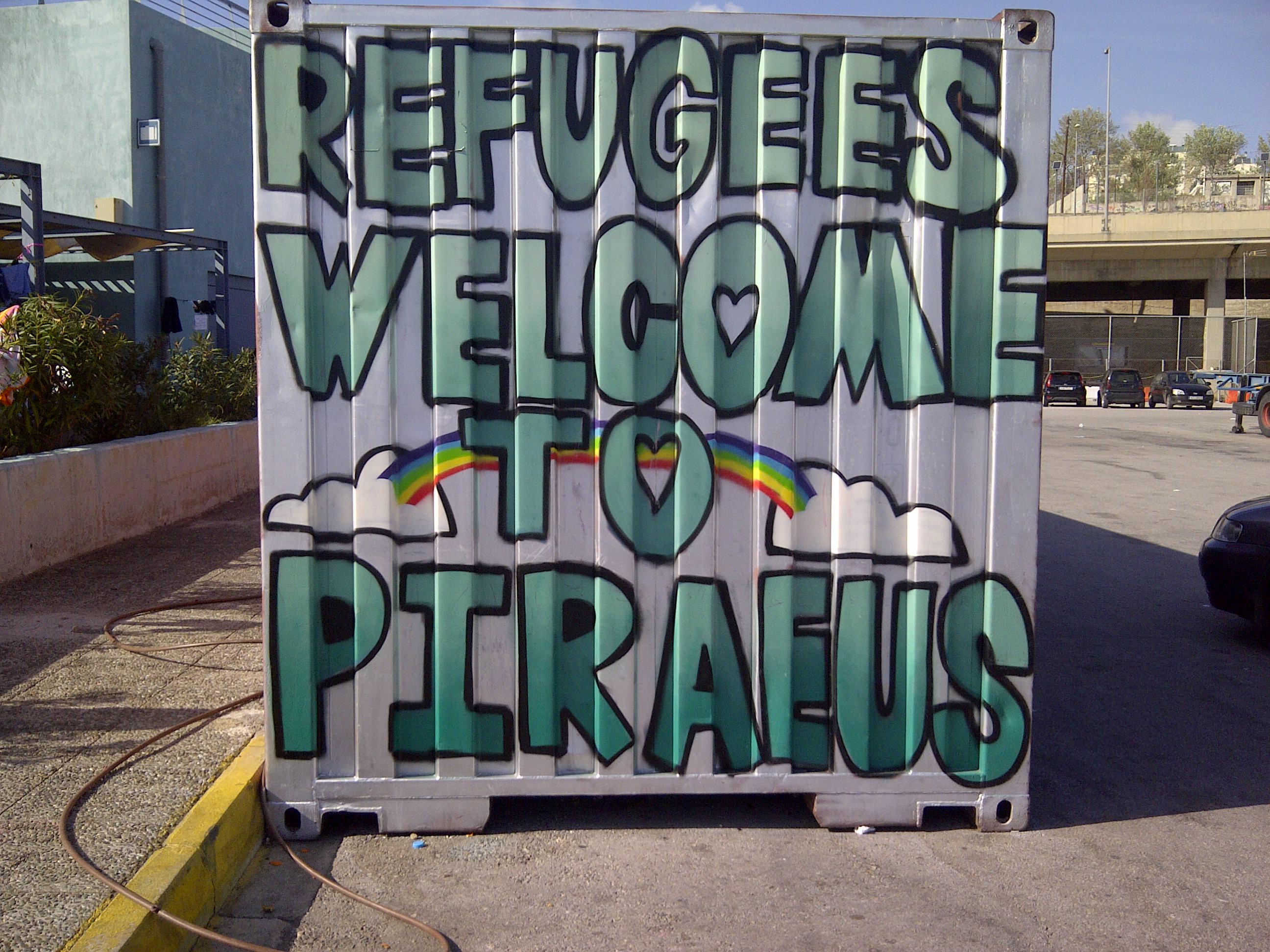 Greece is in a hugely difficult situation facing the burden of debt and further austerity from its third bailout, but with porous borders and thousands of islands to which refugees will continue to come. This is the dual humanitarian crisis facing Greece: its own people enduring suppressed living standards, high unemployment and privatised services and the imperative of supporting daily thousands of migrants fleeing persecution, death and destruction.

Greece cannot cope alone. Greece should not be left to cope alone.  Borders must remain open. Refugees must be sheltered across Europe.

Greece must be given special financial aid to manage refugee arrivals.
Every country must take a share including the richest EU nations like Britain.

A European wide solution is imperative. The huge danger lies in a retreat into narrow nationalism and xenophobia. The Shengen borderless zone is under threat.

An emergency conference should be convened of EU states to resolve the crisis on a democratic and humanitarian basis.

The Greece Solidarity Campaign is sending a delegation of councillors and trade unionists to Athens this weekend to find out more. Members will be meeting refugee support groups, solidarity clinics and local councillors who are providing shelter and food for hundreds of thousands of trapped refugees.

In a joint statement the co-chairs of GSC, Paul Mackney and Isidoros Diakides said: ‘This is the time for effective solidarity action. Greece is in the frontline of what is effectively a pan-European crisis. The Greek people have been widely praised for the compassion and humanity they have shown until now, despite their own crisis, but the situation has now become desperate. We need urgently a joint pan-European way forward if we are to prevent more avoidable deaths, reduce the suffering and misery of desperate people fleeing wars and violence and pre-empt the danger of a complete breakdown of unity between European nations. Financial aid where it is most needed, asylum sharing and safe passage for refugees are vital and urgent components of such a pan-European way forward”.